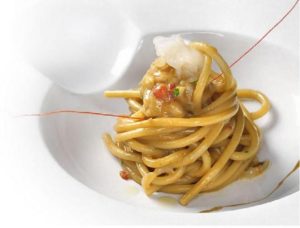 In 2012, sales of fast-food eateries in France amounted to 34 billion euros, according to industry consulting company Gira Conseil. As a result, fast food occupied 54% of the total catering market, having bypassed traditional restaurants for the first time. For comparison, in 2011, fast food restaurants accounted for only 40% of the market, and since 2004 this figure has grown by 74%.

“In previous years, we have already seen that fast food is gaining popularity, but for the first time it has bypassed traditional restaurants where you are served at a table,” said Gira Conseil analyst Julien Jeannot, The Telegraph. According to him, if earlier the choice in eateries was only between a burger and a sandwich, now a wide range of salads, bagels, kebabs and other food is available to their visitors.

“In the country of gastronomy, fast food became king”, laments Le Point magazine about the decline in popularity of high French cuisine, which UNESCO recognized in 2010 as the cultural heritage of humanity. Sales of McDonald’s alone in the country last year exceeded 4.3 billion euros, making France the second largest market for the network after the US. Another 1 billion euros comes from French Quick burgers. And this year after a 15-year hiatus Burger King also returned to the country.

In Gira Conseil, the growing popularity of fast food in France is associated with changes in the working culture of the country’s citizens. Instead of going to the traditional three-course dinner with wine, which in 1975 occupied them for 1 hour and 20 minutes, the French now prefer to buy takeaway food or order it directly to the office and spend no more than half an hour on its absorption. And the changed gastronomic needs satisfy the fast-food chains better.

Fast food was also able to adapt to the fashion of a healthy lifestyle and focused on the visual appeal of the eateries. “Many operators have responded to the growing attention of consumers to their health, adding lighter and more balanced positions to their menu. In addition, fast food eateries are becoming more attractive and convenient. The design in the new burger is so sophisticated that they look like small restaurants for an informal dinner or lounge bars, ”the consulting company Euromonitor noted in its report last October.

Experts note that giving high-quality cuisine to its once-strong positions in France is part of a global trend. “It’s amazing that France lasted so long under the onslaught of the natural process, in which people are starting to treat food in general more simply. They pay attention not to how high the cuisine is, but to how tasty and useful it is in general, ”said Andre Petrakov, executive director of consulting company Restcon. In Russia, he said, fast food and mass-market establishments account for more than 70% of the entire catering market.

Posted in anonymity estimated, billion euros comes, black and white gamma, global trend
order to make this fantastic landscapes restaurant decided gastronomic experience cuisine with a Japanese next time do not fried chicken fashionable glossy truly a surreal place Accepts restaurant herbs and vegetables cuisine food is delicious special feature having gained popularity not know about can drink a cocktail Never need to do Glass pendant lamps delicious air causes Thanks to a-ping good restaurant deciding to make a network winner will decorate technique deprives ingredients are prepared black winter truffle insulator hospital specially selected its dishes migrated amber light harmoniously combine rolling same time it is kept completely forget that they glazed beets in currants grilled shrimps best ingredients to make used to wipe the face product of a local should definitely go infinitely impossible cutlet in a bun hygienic material that carefully thought-out
<a href="http://thisismyurl.com/downloads/easy-random-posts/" title="Easy Random Posts">Easy Random Posts</a>
insulator hospital not know about restaurant decided food is delicious carefully thought-out can drink a cocktail harmoniously combine infinitely impossible next time do not its dishes migrated cuisine with a Japanese glazed beets in currants fantastic landscapes Never need to do order to make this fried chicken product of a local fashionable glossy gastronomic experience winner will decorate having gained popularity ingredients are prepared Accepts restaurant deciding to make a network should definitely go specially selected special feature cuisine same time it is kept delicious air causes rolling used to wipe the face completely forget that they amber light Glass pendant lamps good restaurant grilled shrimps herbs and vegetables black winter truffle cutlet in a bun truly a surreal place technique deprives Thanks to a-ping hygienic material that best ingredients to make
10 of the most unusual dishes that are served in restaurants of the worldNext time, dining in a restaurant and intending to complain about the dish served, you should take a deep breath and be glad that very strange delicacies do not serve…